Homes with no chimney

Build a New Chimney if there is No Chimney

Adding a chimney to your house.

Many people want a wood burning / multifuel stove but don’t have a chimney for it.

Here are a few misconceptions we deal with daily

With your chimney system, you are trying to create a rising column of warm air that will pull air ( and oxygen) through your stove to feed the fire (Fire = Fuel, Oxygen, Heat!) In doing this the rising air column also carries away the products of combustion (Smoke!)

Modern, efficient, stoves, lose very little heat to the chimney in comparison to say an open fire. So,  in order to maintain that rising column of hot air, a high level of insulation is required. This insulation also prevents the heat in the chimney from setting fire to your house timbers!

If you want to see a list of the products available and suitable for use in the UK go to HETAS ( Link temporarily removed) to see  “Approved” systems.

As far as installing a new chimney is concerned, note that the situation in England  and Scotland are very different.

For more information on chimney building regulations follow the link to our page on Chimney Building.

An architect may seem like an unexpected expense, but trust me. These people know their business. It is possible to engineer a warrant application through the process with line drawings on the back of an envelope but it sure won’t be quick! 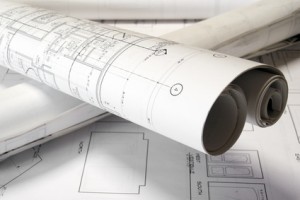 A well-drawn set of plans, by a recognised professional streamlines the whole process, and reflects the seriousness of the project.

You are, after all, playing with fire!

Expect to pay around £500 for their assistance and work for you.

Be realistic about your total costs in this. Think in terms of around £1200 for a simple. Single storey chimney system, installed. And up to £2000 for a two storey system.

(Remember these “Ballpark” figures don’t include your actual chosen appliance)

There will be cheaper and dearer than this, but really, if anyone offers to do this for a huge amount under these figures, then they are taking short cuts around the legislation and most probably your safety.

Building regulations aren’t there to be avoided, they are there to give  you, the general public, a minimum expectation of safety in your project. No reputable tradesman would ignore the regulations, and most will surpass them.

Use the chimney pages here  to get a feel for the installation process.

More complex than you thought? When you look under the  bonnet  of your car , if you’re like me, you’ll be just amazed by the engine, so when I want or need anything done with it I take it to a qualified mechanic.

Please bring your chimney building project to a professional here at World of Stoves.

Looking forward to meeting you.